In our next 50th anniversary video, Tony Marnell shares his unique perspective on the changes he has seen in Las Vegas.  As an architect and former chairman and CEO of the Rio, he describes how Las Vegas has always reacted to the changing consumer, and the need to do that now more than ever.

Part 2 of Our Interview with Richard Bunker

In our latest 50th anniversary video, we conclude our interview with Richard Bunker. He discusses the transition of gaming into a corporate enterprise and the challenges the industry faces today.

Boyd’s Focus on Safety Delivers a Multitude of Benefits

At Boyd Gaming, building strong relationships with our customers and our team members is at the core of our company’s philosophy. An important way we fulfill that commitment is through our workplace safety initiatives.

Seven years ago, Boyd Gaming partnered with Nevada OSHA (Occupational Safety and Health Administration) and SCATS (Safety Consultation and Training Section) to create a culture of safety that could serve as a benchmark for our industry and the state. We set an ambitious goal: to become the first Southern Nevada casino operator to achieve “SHARP” status, awarded by OSHA to businesses that implement safety practices that go above and beyond federal regulations.

In 2014, we realized our goal, as the last of our nine Nevada properties was awarded SHARP status. Currently, Boyd Gaming single-handedly accounts for more than 25 percent of the total SHARP establishments in Nevada. 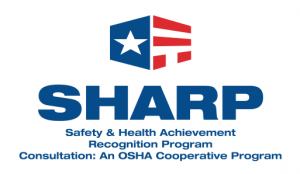 We strongly believe that promoting safety is simply the right thing to do, for our customers and our team members. But it also has proven to be a smart business practice.

Since initiating our comprehensive safety initiatives in 2007, Boyd Gaming has reduced annual injury rates by two-thirds and worker’s compensation claims by 76 percent. Importantly, we have made consistent improvements in both metrics during each of the past seven years.

This is having a substantial, positive impact on our bottom line, as we have realized significant savings in our annual worker’s compensation expenses. Additionally, we benefit from increased team member productivity, as lower injury rates mean less time missed from work and reduced job reassignments.

Improved safety programs also boost the morale of our team members. This results in better service and experiences for our customers, as well as lower turnover in our workforce. And finally, a safer workforce leads to a safer environment for our customers.

Given the substantial benefits we have seen in Nevada, Boyd Gaming has taken its safety initiatives nationwide, implementing comprehensive safety programs in all eight states where we currently operate. More than 20,000 Boyd Gaming team members participate in mandatory safety training throughout the year, and our 22 properties nationwide compete annually for the “President’s Award,” awarded to the Boyd Gaming property that achieves the best safety track record for the year.

The entire Boyd Gaming team is immensely proud of the progress we have made promoting safety throughout our company. We challenge every company in the state to take a look at our example – and to begin realizing the benefits that come from keeping our customers and team members safe.

In the next 50th anniversary video, we spoke with Richard Bunker, who served as president of the NRA and as chairman of the Gaming Control Board, among other roles.  He shares memories of some of his more colorful experiences, including presiding over the hearing on Frank Sinatra’s gaming license.

Anna Bailey, our next 50th anniversary interviewee, performed at the Moulin Rouge during the six months it was open. As one of the first African-American performers on the Strip, she shared her unique perspective of Las Vegas during that time, and her thoughts on the gaming industry today.